SEED (Sowing Educational Empowerment Daily) Conference is an opportunity for educators using A.C.E. in our region to gather, get encouraged, challenged, and learn together! Because of technology, we can meet online, even if we can’t meet in person!

1 Corinthians 3:6 says “I have planted, Apollos watered; but God gave the increase.” If we have been called to education, then we have been entrusted with a seed, in the form of our students. Sometimes we will see the growth, and have the privilege of ‘watering’ them. Other times, we will plant the seed, and may not see anything, and someone else will take the next step. Wherever we fit into their lives, God is the one who gives the increase, it is all for His glory! And we can be assured, later in the passage, it says that we will be rewarded for our hard work! So take heart, Christian Educator, that if you are planting the Word of God in your students, you are doing good, even if you don’t personally see the fruit. Together, let’s keep equipping people to honour God! 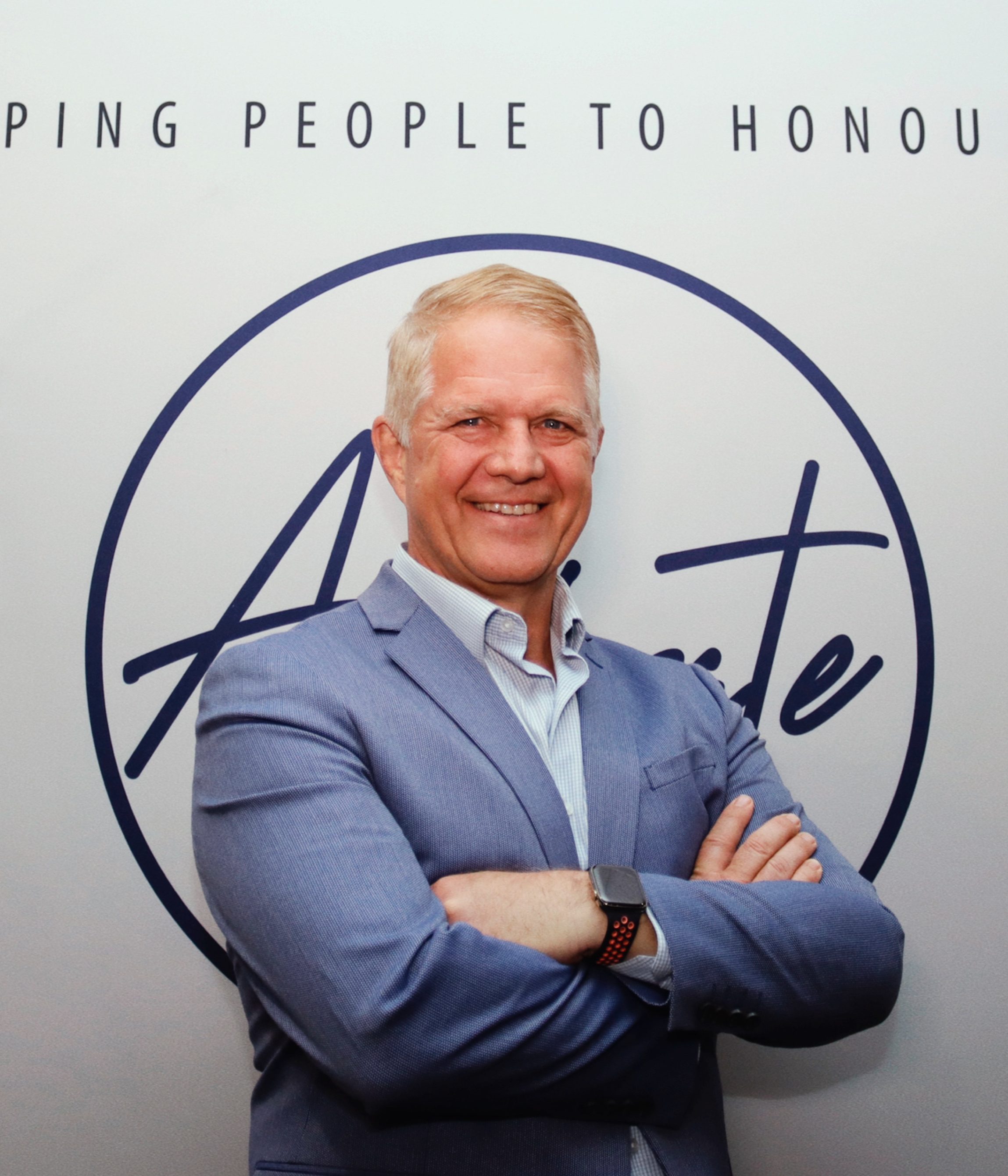 Slabbert is a third-generation missionary, striving to lead as many people as possible to self-fulfilment in Jesus Christ. Slabbert sees Biblical Worldview Education as an integral part of bringing believers, young and old, to spiritual maturity. He believes that: going to the nations and establishing and supporting Christian schools and educational Institutions is essential for true Biblical Discipleship. He has a desire for Accelerate Educational ministries and SCEE to minister and serves every client, Church, Pastor, teacher and student until they come unto the measure of the stature of the fullness of Christ. He believes that every believer needs to understand God’s paths, purposes, plans and patterns, and our full potential as children of the Most High God.

Slabbert was called to the full-time ministry in 1979. He began his ministry career as a Youth Pastor in a local church. He received my Lth through Berea Theological College and in 1983 was conscripted as a chaplain for military service in South Africa. After recruit and infantry training in the State Presidents Guard, he was promoted to the rank of Lieutenant and served as an operational chaplain for almost two and a half years. Since that time and continuing to the present the Lord Jesus is the centring focus of his life, with his chief desire being to serve and honour Him and receive His, “well done good and faithful servant”.

He served as an ordained pastor in the Full Gospel Church of God in Southern Africa for almost 30 years. He also served as Chairman of the South African National Executive Youth Council for 11 years and chaired an Interdenominational church forum for a number of years. He is a Church Growth consultant and assisted in planting a large number of Churches in Southern Africa. He is a certified instructor for “Leading from your Strengths” a team-building program designed to maximize the potential of individual team members in the achievement of personal and corporate goals.

He was appointed by his denomination to assess A.C.E. in the early eighties and followed the progress and growth of this ministry with great interest. Many of his colleagues and friends are actively involved in A.C.E. Africa. He used my business skills to turn around a faltering school and later served as Senior Administrator and Principal of Vine Christian School, a school using the A.C.E. program in the Southern Cape.

In 2011 he joined the ministry of Southern Cross Educational Enterprises (SCEE) as the Chief Operational Officer and his responsibilities were to serve as visionary leader and lead the ministry into the future. He is currently the chairman of the Board, and the CEO of Accelerate Educational Ministries (SCEE) in the South Pacific Indonesian region, an organization providing ministry support, Training and educational materials to churches and schools in this region. He started Accelerate church as part of this ministry and are working towards mustering support of a 1000 churches to assist us in starting a 1000 bush schools in remote villages in our region. He also started Redwood College, Accelerate Home School Services and the Accelerate Academy of the Arts.

He married Naomi in 2021 who is now serving with him as senior pastor and marketing manager of the Accelerate. Out of his first marriage to Anna-Marie who passed away in 2019, he has two lovely daughters; Marcelle, a qualified pastor and business woman and Charlize a 2010 A.C.E. graduate and university graduate. She is working alongside him as the Academy of the Arts Manager. The Lord added Atraú Paul as husband to Marcelle, and now a serving Board member of Accelerate. Trinity Alexis Paul as granddaughter and a new granddaughter soon to be born.

Karl is an A.C.E. homeschooled graduate from New Zealand. He has been involved in A.C.E. Student Conventions, as a student participant, a volunteer helper, and as an employee of Accelerate Educational Ministries (AEM). Currently he is the Youth Pastor at Accelerate Church and the Schools Support Services Team Manager at AEM in Brisbane. He has preached at events and churches around the South Pacific and Indonesia, and has been with AEM for more than 15 years. He is also passionate about music, being involved in church music teams and bands for many years. His wife, Melody, is also an A.C.E. graduate, and is currently homeschooling their three children using A.C.E., as well as running her own business.

Karl's life verse is Habakkuk 1:5, "Look among the nations! Observe! Be astonished! Wonder! Because I am doing something in your days — You would not believe if you were told."  Karl is super excited about working with teenagers and young adults, and his mission is to introduce teenagers to the great I AM so that they can know who they are.

His hobbies include listening to and writing music, anything to do with cars, and watching sci-fi. 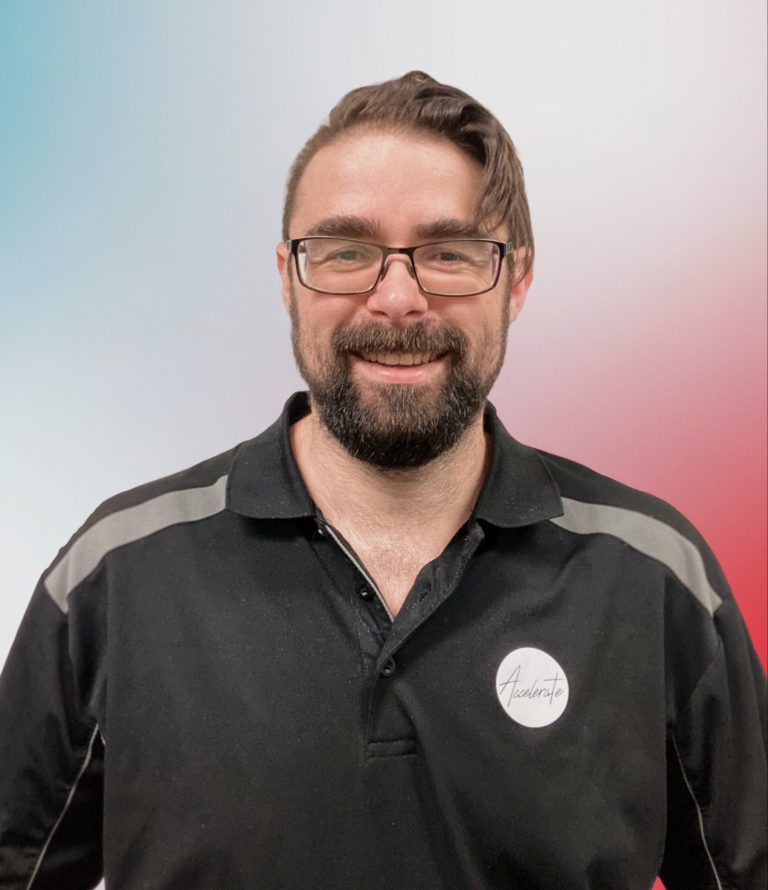 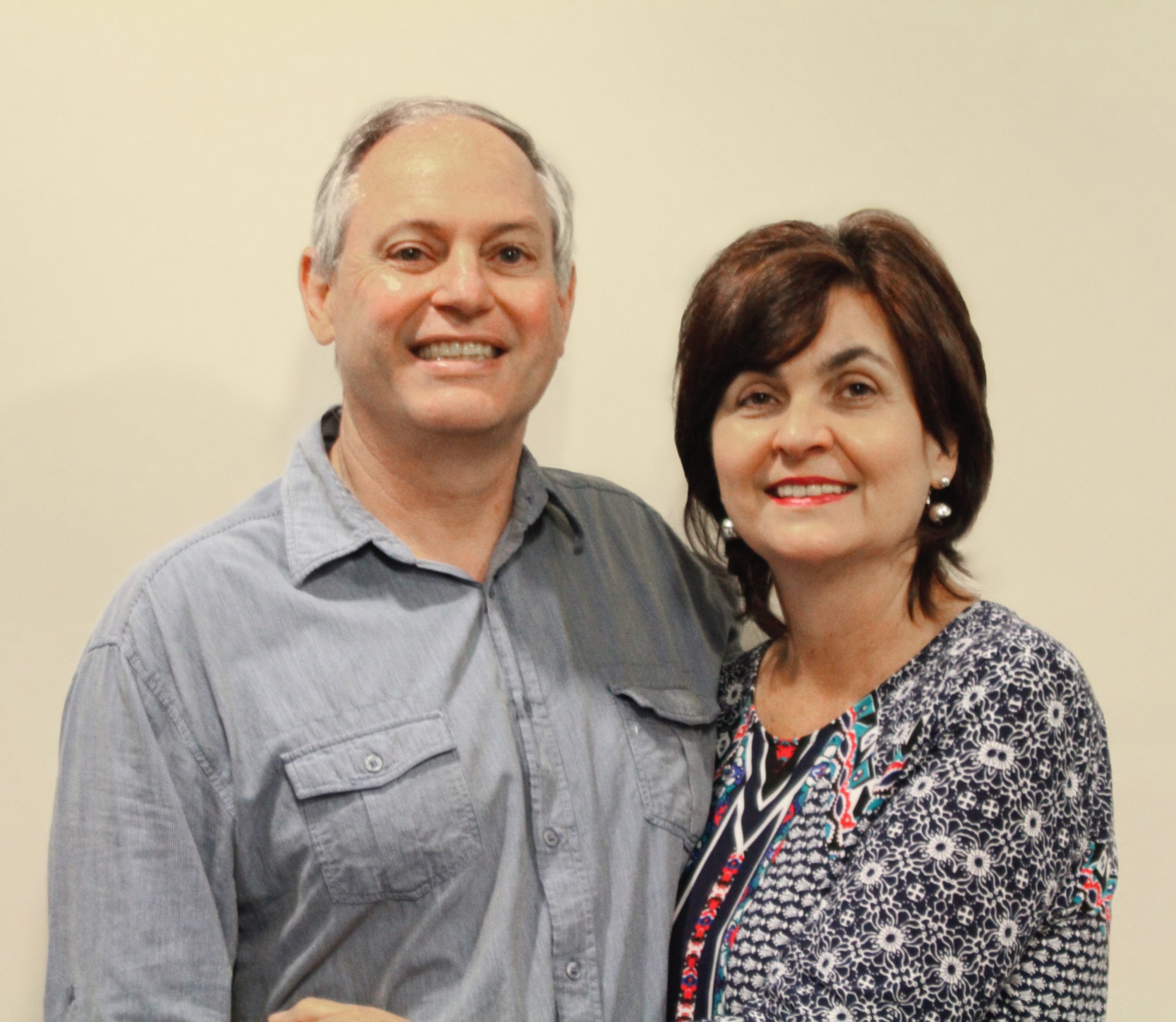 Lourens and Lizaan have been in full time ministry for 23 years. Their motto: "Jesus is our message and our heart is people". Currently they have the role of Missions Pastors in Accelerate Church where one of their assignments is the Bush School Project, bringing Biblical Worldview education to remote villages. They also run the Discipleship course by empowering people in their purpose and destiny. A scripture they value is Ephesians 5:16  " making the most of every opportunity".

ProhThey have two beautiful daughters and have one cutest little granddaughter and another little one due in November. They are very family orientated people and love spending time together. Lizaan loves to explore new places and enjoy gardening and Lourens loves to capture special moments on camera and also loves posting scriptures on Facebook to encourage people.

Kathy has over 20 years experience with A.C.E. having been a Supervisor responsible for everything from ABCs to graduating students. She also has 7 years experience as a teaching principal in an A.C.E. school. Kathy has been with SCEE since 2006 and has filled many roles over that period of time. She is currently the Chief Liaison Officer and is also responsible for Training and Quality Assurance. Kathy has been married to Dave for 41 years. They have 3 adult children, who were all schooled using A.C.E. and a 2 year old grandson. Kathy has a passion for Christian Education and specifically equipping Learning Centre Staff to be the best they can be. Galatians 6:9 is a verse that inspires Kathy: And let us not be weary in well doing: for in due season we shall reap, if we faint not. 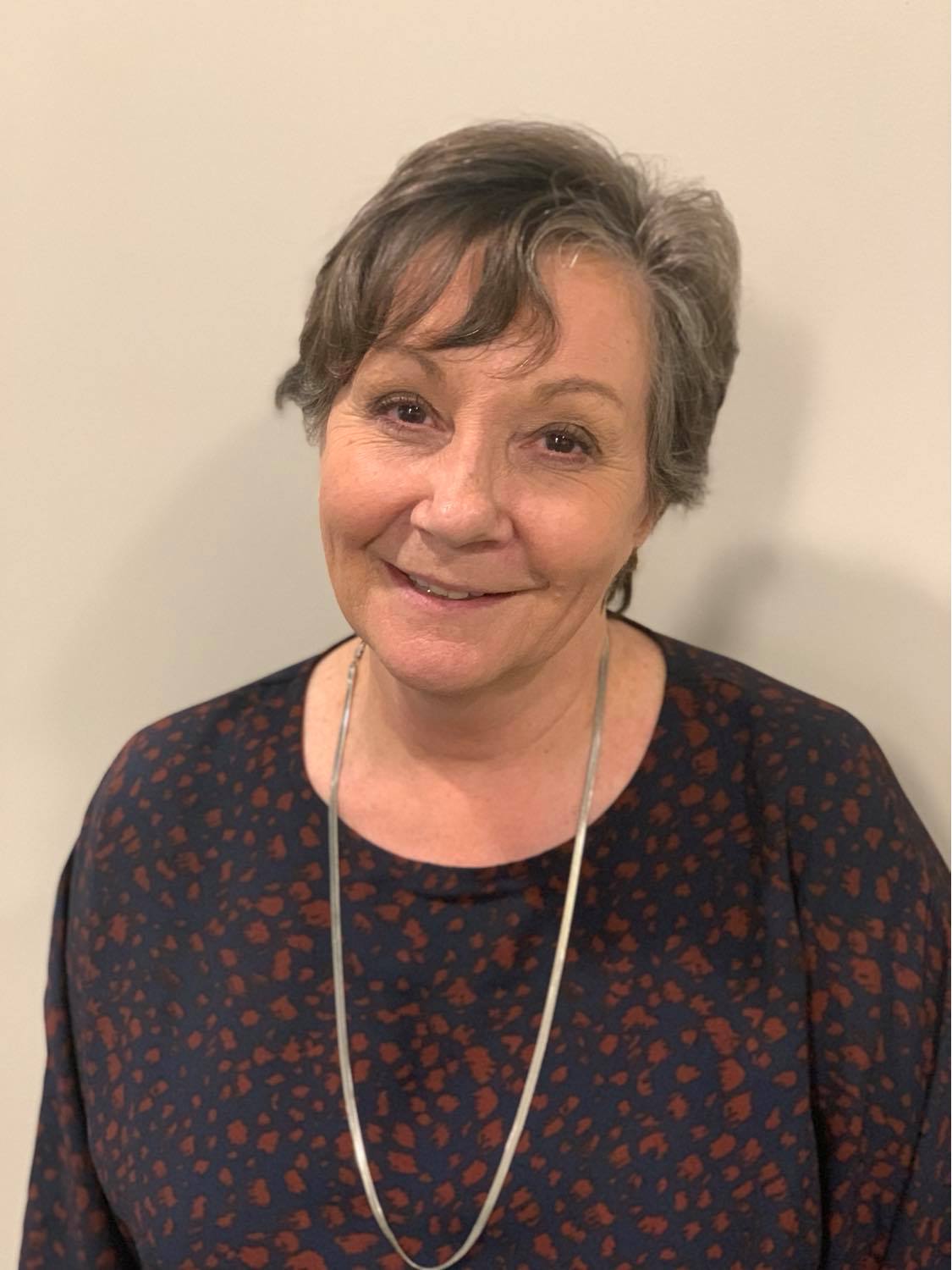 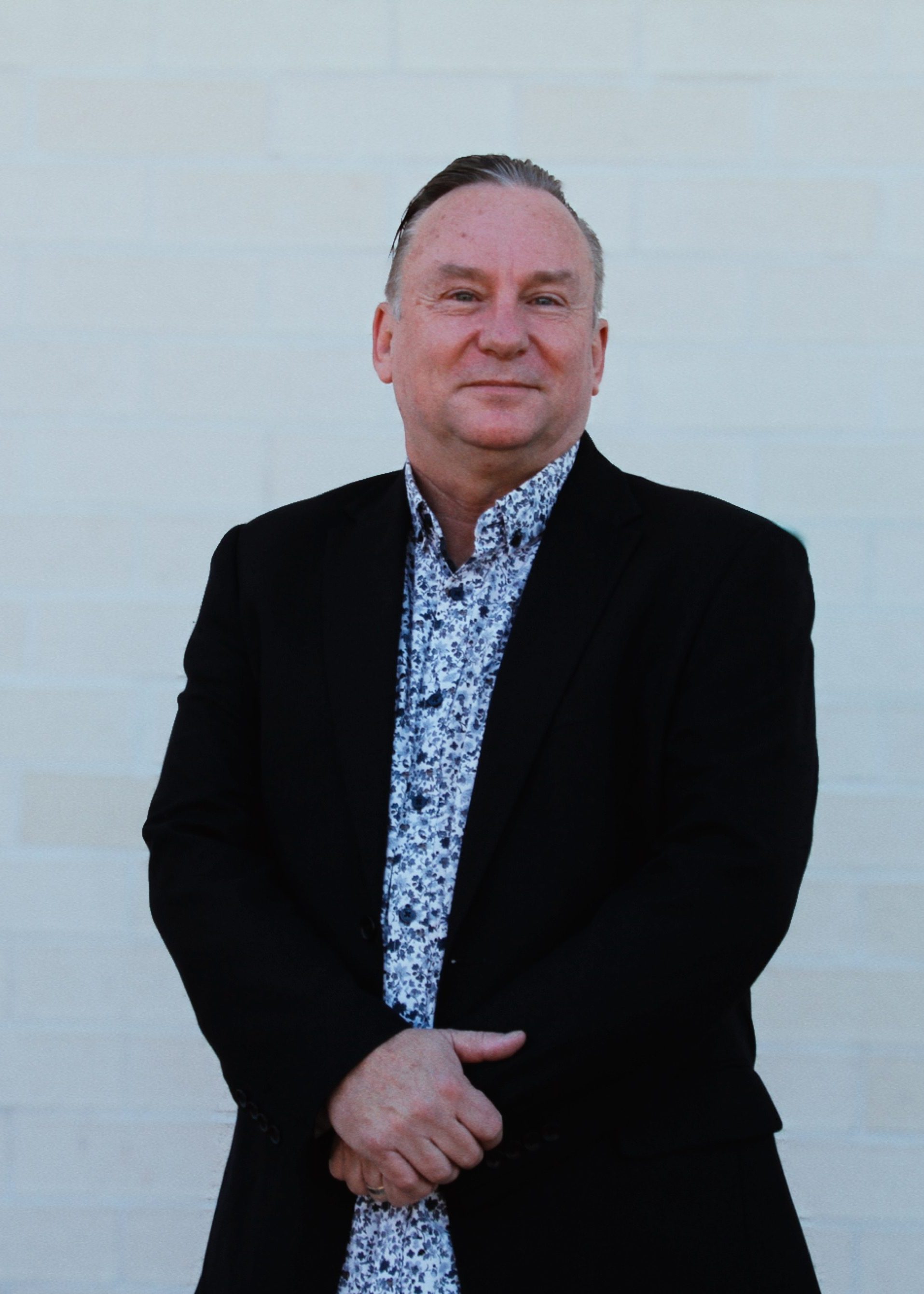 Pastor at Accelerate Church and manages Educational Ministries at AEM.

Peter Trim is a highly-skilled, creative leader and facilitator who serves as a Pastor at Accelerate Church and manages Educational Ministries at AEM.  These roles leverage his experience and expertise in ministry, education and business as he applies them in the development and growth of the ministry. Peter has previously served as an adviser to some of Australia’s biggest ministry organisations and is regularly called on to train students and staff for Bible colleges and to speak at conferences. Using his excellent communication skills and ability to relate to people, he aims to make Biblical principles applicable to everyday life. Peter loves nothing more than to help people achieve the best they can be. He is married to Diana, a school principal and they live on the Sunshine Coast. In his spare time, he enjoys travelling - something he has done a fair bit of prior to COVID. Originally from New Zealand, he also doesn't easily pass up the opportunity to enjoy a bbq, a sea view, and spending time with family and friends. 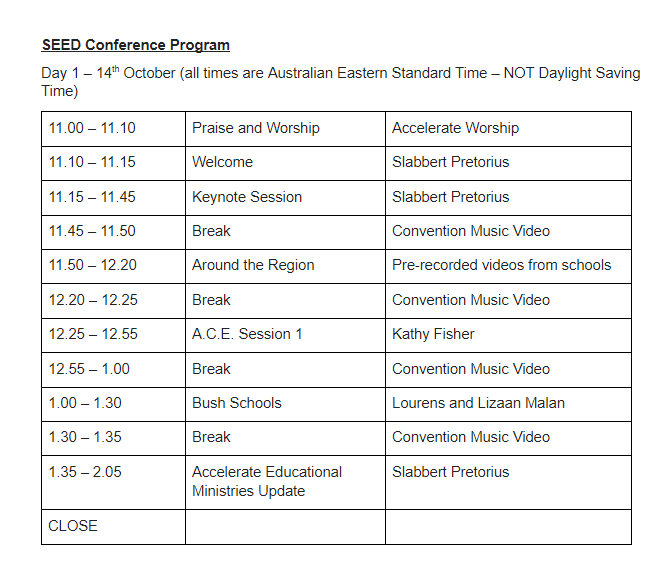 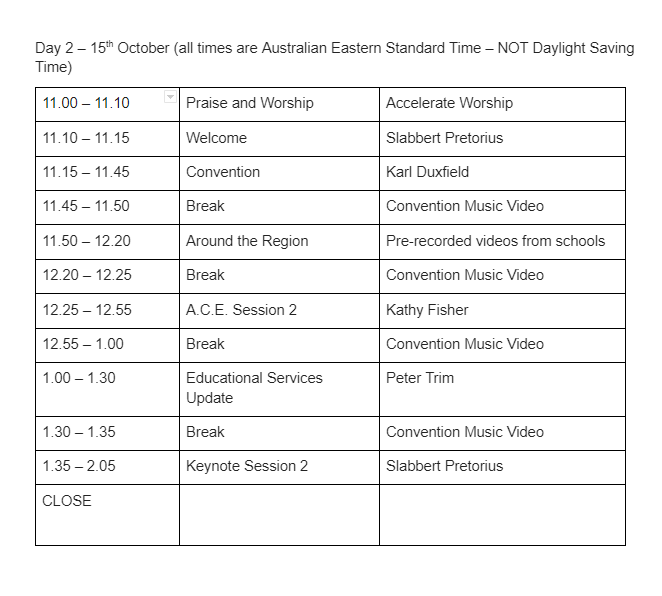